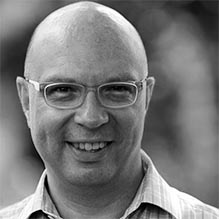 Simon Shaw, President, Shaw Entertainment – With 20 years of experience on both sides of the Atlantic as a booking agent, promoter, producer and director of programming, Shaw has a rare insight into the world of presenting live performing arts.

Growing up in London, Shaw’s eyes were opened to the commercial aspects of the business in 1994 as a tour manager traveling the UK and Europe for rock n’ roll bands. His work in booking and promoting artists followed soon after, taking him across the pond from a booking agency in London to New York and LA.

As an artist representative, Shaw has worked with:
• Derek Block Artists Agency, based in London.
• The Booking Group, a Broadway booking agency, based in New York.
• APA, a Los Angeles-based booking agency.
• Shaw Entertainment Group, for which he is the founder and president, opened in 2008.

As a programmer, Shaw works with a variety of venues as a consultant, including:
• The Colonial Theatre in Western Massachusetts
• Queens Theatre in Flushing, NY
• The Zorlu Center in Istanbul

Shaw also serves on the board and executive committee of International Performing Arts for Youth (IPAY) and is active in presenting and touring networks.
Shaw and his wife Emily live in the beautiful Berkshire Hills of Western Massachusetts along with their two daughters.
My favorite aspect of representing artists and working with presenters is finding the right fit. I thoroughly enjoy connecting the needs and opportunities within a venue with an artist who I know will be its ideal match. – Simon Shaw | www.shawentertainment.com